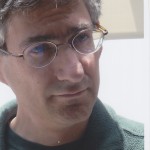 Peter started his career in solar energy, first with non-imaging optics to concentrate sunlight, then with high efficiency silicon solar cells, and then with high efficiency III-V solar cells. In 1997, he switched careers to software, working on early augmented reality and virtual reality technologies. He worked for several start ups, and then discovered that his ability to explain complex technical information provided opportunities to bring together his love of technology and writing as an API writer. The need for API writers was so great that he founded SDK Bridge to specialize in this area, which provided documentation to over 40 companies. In addition, he taught creative technology classes to low-income youth to inspire them to consider technology careers, obtaining grant money from the Gates Foundation, Microsoft, and others.